Humans and robots have different representations of the shared environment. They also have different capabilities to attend and respond to the unexpected events in the environment. To address this issue, this project integrates high level language and dialogue processing with low level sensing and control systems and supports collaborative dialogue to mediate a shared basis between humans and robots. 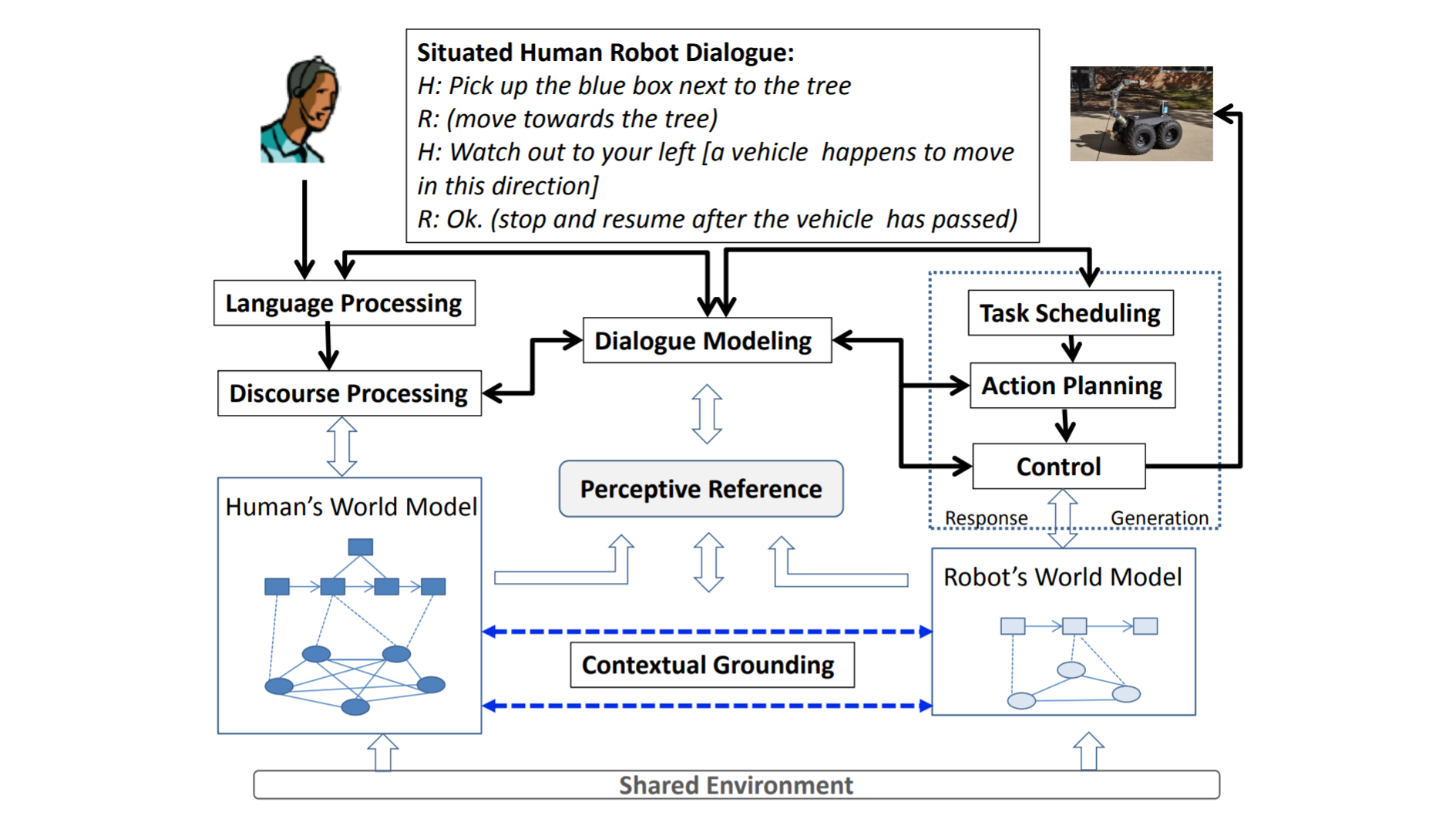